GLUTEN CONFUSION..WHAT’S ALL THE FUSS..

Gluten has become a pretty mainstream nutrition term. Many people understand it is a health concern, but they don’t know how or why. With as much one-third of the population being sensitive to gluten, its worth understanding a bit more. The more startling statistic is that 99% of those who have issues with gluten are not aware of it. Gluten’s common reputation is some kind of “wheat allergy”. With our dependence on whole grains as the base of the recommended food pyramid, it’s easy too overlook the significance of gluten. It can also be a challenge to admit that the base o f the Standard American Diet could actually be hurting us.

Many chronic diseases seem to be related to gluten sensitivities. Often, medications are prescribed without relieving or even understanding the underlying reasons. Such is the case with gluten issues. The New England Journal of Medicine listed 55 health issues related to gluten. Dr Mark Hyman states, these include osteoporosis, irritable bowl disease, inflammatory bowl disease, anemia, cancer, fatigue, canker sores, rheumatoid arthritis, lupus, multiple sclerosis, and almost all other autoimmune diseases. “He also points out that occurrence of full-blown gluten allergy, or celiac disease, has increased 400% in the past 50 years.

Many people have been living through irritations cause by issues with gluten, and may take medications to alleviate the pains associated with gluten. Oftentimes, simply eliminating gluten from the diet is the best solution. 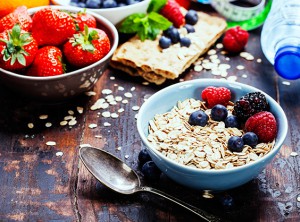 As consumers become more aware of the issues surrounding gluten consumption, food companies will look for alternatives to make the same high-carb foods in a “gluten-free” form. In many forms of foods these days you will see those magical words plastered all over the box, but in case of sweets and treats, gluten-free does not equate to “healthy”.

Eliminating gluten can be helpful, but eating high-carb, gluten-free foods is likely to have the same effects on weight gain as the gluten-filled options. It’s better to go back to the way we originally ate before all the gluten-filled options were available. A diet filled with vegetables, nuts and some other carbohydrates ( depending on activity level) is a better way to eat for those with and without gluten issues.

There are a few ways to test for gluten sensitivities. They include a blood test, skin-prick test, food challenge test and the process of elimination diet, (Yes, you read correct). The easiest thing to do is an elimination diet. Eliminate all gluten-containing foods for 2-4 weeks and then reintroduce them. During the phase of elimination, you may feel better. You may also feel the same, but if you have issues with gluten you may notice a difference once you reintroduce them. You may also find the elimination of many of the carbohydrate containing foods during this time leads to other positive changes such as loss of weight, increased energy, decreased blood pressure and/or improved blood lipid profiles. Some common gluten-containing grains include barley, bran, bulgur, cereals (some), couscous, flour, food starch, gluten peptides, grits, oats, rye, spelt, and wheat.

Problems with gluten are a more serious issue than most people understand. with one-third of the population facing issues related to sensitivities, and most sensitivities potentially contributing to any of 55 different health issues, it may require a change to the standard nutritional recommendations. Seeking a diet higher in whole grains, for some, could present more of a health problem than people realize.